One of the big advantages of IATI activity data is that it is possible to find information about a specific organisation. Questions like:

To be usefull this identifier must be available and correct. To test this we have harvest every organisation name with its refs from all published IATI files.

We are developing a service to verify and find suggestions for the organisation identifiers. We hope to have this available in January 2015

On both list we have a (iso 3166) country code and a registry name. The same registry could have a (slightly?) different name on both list. But (about) the same name could exists in multiple countries. So we want to perform a fuzzy match on registry name, taken the country into account. We don’t need to compare the UK Companies House with the Companies House of Gibraltar.

In Pentaho Data-Integration is a fuzzy match step available to match two datasets using one field with different search algorithms. Unfortunately it is not possible to add another field to restrain the possible matches. Instead of a one step approach we need three steps:

In this case this method was sufficient. We only had a few registries in each country. But with other datasets this method is not optimal. I hope somebody will extent the Pdi fuzzy match step. A jira case is already filed. 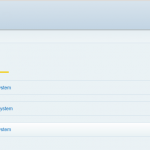 This cheap nba jerseys morning I asked a simple question ‘Did you make progress with some adjustments to some nice har nerdy stuff?’ ‘Yes he did’ said somebody else, but ‘his work needs review’, said another. ‘But why don’t cheap nfl jerseys you help us and test and review it?’

I know the problem, I know the solution. Alright I’ll fix it. That did not cost me that much time, however how to test if it works after your changed it. If you know how to do it, it is easy, but if you don’t….. (basically it was performing `ant`, wholesale mlb jerseys remove the original solution, extract a zip to the proper location running and restart for the server), reporting: that took me some time. And yes it seems to work. But how to send the nice nerdy adjustments to the original developers…

Also if you know how to do it…. (basically it was forking the repo of the person who adjusted the nerdy stuff, cheap nba jerseys make adjustments, send pull request to original developer).

Hooray!!! I contributed to an open source project. And a while later: Wow they are able to mobilize others to improve their program. Well done Pentaho and good choice Jaap-André

(original posted at to www.nivocer.com) 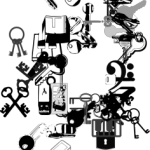 According wholesale NBA jerseys to the guidelines, it should:

How good or bad is the use of the IATI identifier

At this moment (actually yesterday), we were able to import 429,675 activities from 226 reporting organisations (some cheap NFL jerseys files are Mallorca not valid/doesn’t exist/were not g_bus_own_name连接总线失败 downloadable, see also http://bjwebb.github.io/IATI-Dashboard/index.html).

Remarkable is that 4829 activities doesn’t have a reporting organisation identifier.

How many reporting organisations are good

However these results are worse. Marks I assume the reporting organisation identifier is valid. Which is not always true. But that is for another post. 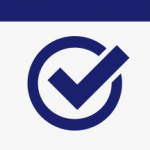 A while wholesale mlb jerseys ago, I started investigating the IATI data. The International Aid Transparency Initiative (IATI) makes information about aid spending easier to access, use and understand. Different stakeholders (Ministries of foreign affairs, NGO, etc) publish information about budget, spendings, participants, results and more about their cheap nfl jerseys activities. It is useful to look at Will the data of an individual organisation, but if you aggregate the data of all organisations, you can answer many more (and more interesting?) questions like:

Very important if you want to compare or aggregate results. Organisations needs to report on a consistent manner. The IATI Standard defines guidelines and code lists to support this. However the data contains a lot of violations against these guidelines. Blog In this series I want to report on these violations.